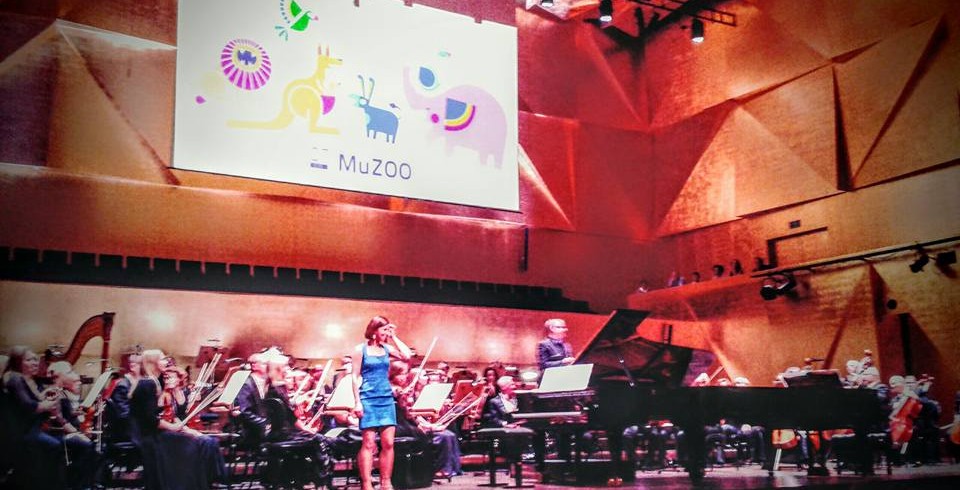 After a successful season of poster design for Philharmonic in Szczecin I finally managed to attend one of the concerts. It was a happy coincidence that I was visiting Szczecin at the time of the last, closing family concert of the 2014/2015 season. The theme this time was the ZOO, based on The Carnival of the Animals by Camille Saint-Saëns. I have been asked to design some graphics of the animals to be projected behind the orchestra so that the kids could see which animal is represented by each musical piece. It was really cool to hear and see the reactions of kids who were actively commenting the music and graphics. Little boy that sat nearby was one of my favourite little audience, with his sharp critique of my drawings – „This is TURTLE?! That’s not how TURTLE looks!”  🙂

After the concert I have been called on stage and then I signed some posters which was really nice and rewarding.